What can you expect from a Zylo tutor? 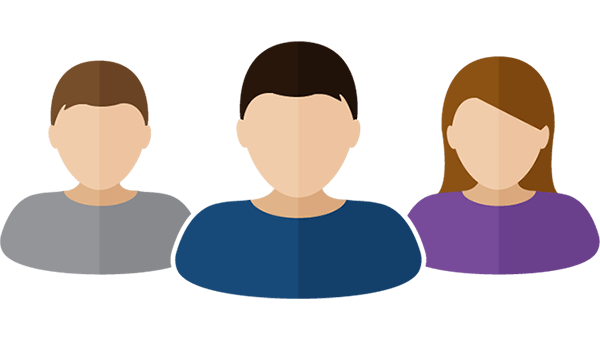 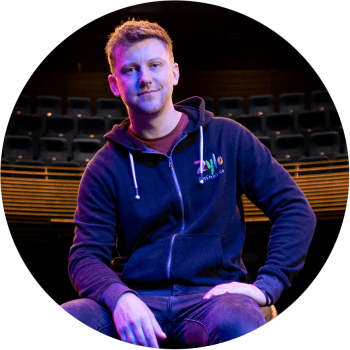 Ryan founded Zylo Performance in 2010. After studying at the Brighton Institute of Modern Music he spent 2 years working as a Credit Representative at American Express. Whilst that provided good experience, the main thing he learned from his time in finance was that he needed to be doing something he was passionate about. Luckily a friend of his ran a company that delivered guitar lessons to children in primary schools, so Ryan proposed that he offer singing lessons alongside them. He had supported younger children at drama clubs he'd attended as a teenager but this was his first foray into teaching... and he loved it!

Within weeks Ryan knew that he had discovered a new passion in teaching and over the following 2 years he gained experience working with dozens of children at several primary schools. Whilst he enjoyed the process of teaching children a new artistic skill, he drew greater satisfaction from witnessing how effective it was in building their confidence. But Ryan had two other core interests besides music: drama and filmmaking.

He had attended drama clubs from the age of 6, inspired to perform after seeing a choir sing on TV, and at 9 he'd discovered filmmaking when his Dad bought a camcorder... something that Ryan got much more use out of! Over the years drama and film became his obsessions, with the addition of music in his mid teens.

As his love for teaching grew Ryan realised he had an opportunity to merge the things that he was most passionate about. He could bring music, drama and filmmaking together and deliver these services to children directly at school with a focus on confidence building and teamwork... so he launched Zylo Performance. And here we are!

A club is only as good as it's leader

We want you to feel confident about our services so we pick and prepare our tutors with care. Read on to learn about who we choose and the level of training you can expect.

All Zylo tutors come with...

A club is only as good as it's leader, so we're very picky! Our tutors are passionate about art and great with kids. They are regularly briefed on safeguarding and health & safety and attend frequent meetings where other important club issues are discussed. They all deliver sessions using our tried and tested formula and employ consistent, approved behavioural management techniques. They're also a lot of fun and the kids love them! (A pre-requisite of our vetting process).

Zylo tutors are all experienced performers and hold various drama, music or video qualifications, accolades and achievements. They are selected for their passion and experience and each have a certain something that makes them Zylo quality. Serious about our service and aware that our staff are role models, we only send in tutors who absolutely meet our requirements and have the right tools for the job. Trust us, these are the guys you want running your performance clubs! 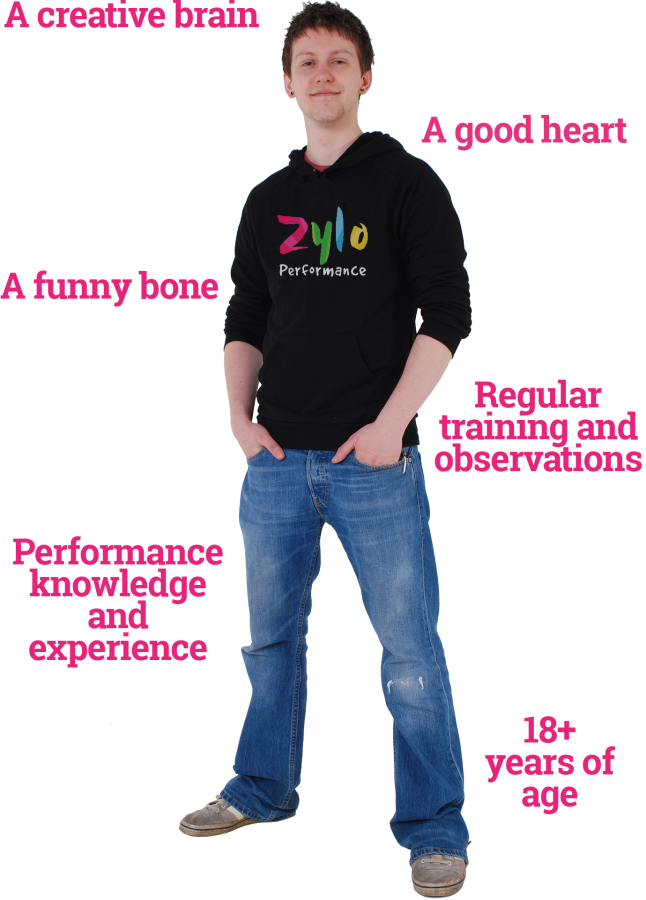 What do Zylo tutors believe in?

At Zylo we believe in the incredible, transformative power of drama, music and creativity. We believe that every child should be afforded opportunities to create and express themselves through art. We believe that drama and music education have a wonderfully positive developmental impact on children academically, personally and spiritually. We believe that, without an accessible launchpad, many children's love for performance remains undiscovered... we believe in our ability to provide that launchpad and the benefits that come with it. We believe that one day our clubs will be available to children all around the country and, finally, we believe that the service we provide really makes a difference.

We've been running primary school drama clubs since 2010 and have worked with over 1500 children across more than 35 clubs. Our fun, balanced approach takes into account our position as an introduction or 'top-up' option as well as the nature of an after-school club setting, allowing us to create an experience that caters to all children, not only those with an inherent interest in performance. Our healthy mix of drama-school inspired workshop sessions and script-based performance terms ensures that we offer a truly valuable, yet wholly fun experience!

Want to become a Zylo tutor?

Do you love music, theatre, drama or filmmaking? Do you have the skills required to educate, inspire, engage and entertain children? Are you funny, confident, organised and self-motivated? Then we'd love to hear from you!

Tutoring at Zylo Performance clubs is a highly rewarding and fun experience. For more information on becoming part of the Zylo Performance tutoring team visit our contact page and either give us a call or send us a message.

Here are some useful links to follow on from here...